A Dance With Hermes by Lindsay Clarke 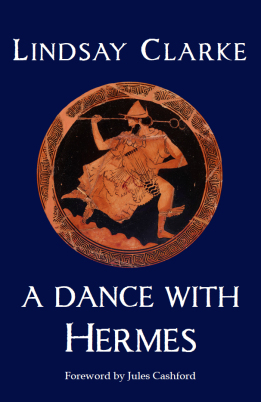 I think I should preface this review by making something quite clear: I do not know very much about poetry. I don’t read that much of it and I am terrible at writing it. With that in mind, this review of A Dance With Hermes, a collection of poems, might ultimately be lacking in much intelligent reflection, but I will say this: I liked it.

For those who don’t know, Hermes is a character from Greek mythology. He is a son of Zeus, the messenger of the gods, the inventor of language, poetry and literature and something of a businessman too. What this book does (through a sequence of poems) is illustrate that Hermes is much more than just a mythical character and that he embodies thoughts concepts which have always been and will always be a part of the human experience.

The poems tell the story of Hermes and his life. Each poem is essentially standalone, but they are also an essential part of a whole. What I like is the fact that they all seem to contain a mixture of references to classical mythology, philosophy, science and modern culture. “He Giveth Tongue” is probably my favourite of the collection; it talks about the creation of language and the forms it has taken from the earliest grunts all the way through to modern text messages.

It’s quite short, but it’s enjoyable. I have never read a sequence of poems like this before, but I would certainly consider doing so in future. It’s an easy and pleasant read, but this accessibility does not come at the expense of intellectual depth as there are often very clever ideas within the poems. I also enjoyed reading the introduction and the notes at the end: they gave context to some of the things I didn’t understand and provided an endearing personal connection to the life of the author, Lindsay Clarke.

2 Responses to A Dance With Hermes by Lindsay Clarke