I Want My Hat Back by Jon Klassen 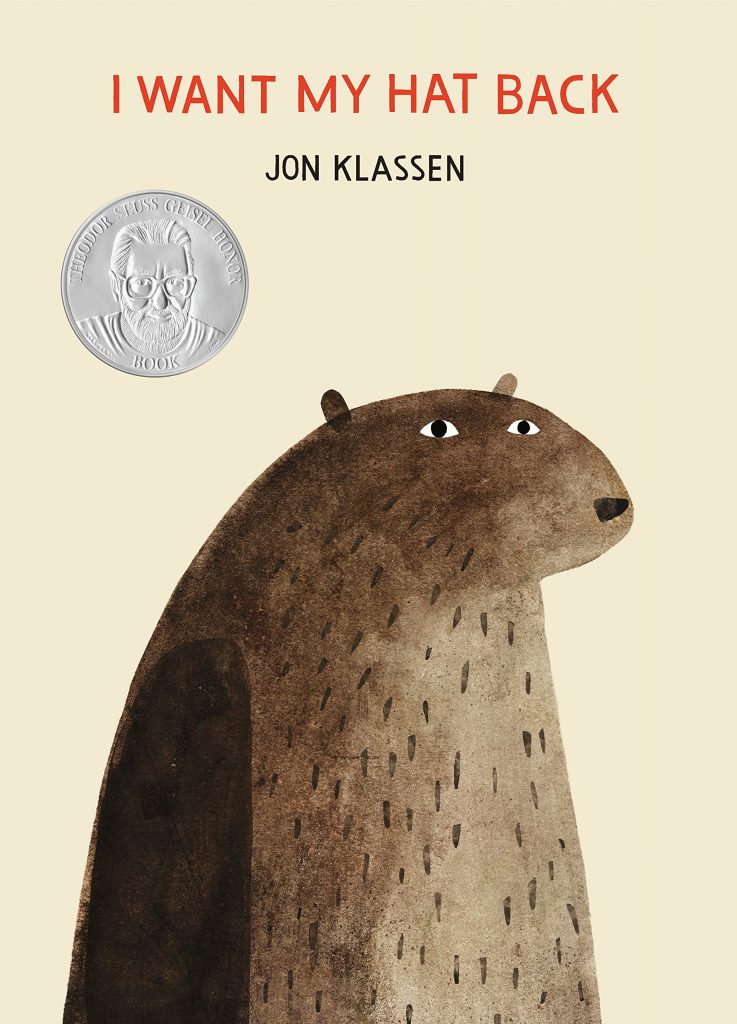 I have a feeling that readers over the age of ten may feel reluctant to try out an oversized picture book with only a few short, easy to read sentences (unless they have kids to read to). However, I think that they’d be wrong in doing so, as some picture books, such as the one I’m about to review, are absolutely brilliant, and can be enjoyed by all ages.

This book, by Jon Klassen, has the very simple storyline of a bear who wakes up one morning, finds that he is no longer wearing his treasured hat and so sets out in order to try and find it. I won’t say any more, as I wouldn’t like to spoil the outcome for anybody (which makes this review a little tricky actually) but I would like to say that I found the whole thing hilariously funny from start to finish. It is written entirely as dialogue between the bear and the other anthropomorphic creatures that he encounters in the woods. That they all talk in such a basic, unenthusiastic way, without anything said about them from a third person narrator, makes them all the more endearing to me.

One source of humour, outside of the plot, is the art style: every character is drawn with a vacant expression on their face; they don’t even look at each other when they talk. The fact that they are all drawn to look like such emotionless, and perhaps even mindless, creatures, makes the one time when emotions are shown seem quite a contrast, and I imagine you’ll laugh at this as much as I did.

This is definitely an excellent book, so I would give it a 9.4/10