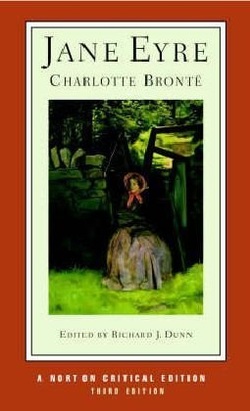 This novel follows the life of its titular character: Jane Eyre. The whole thing is written in the first person, as if an older Jane had decided to write down all that had happened in her life up until that point. At the start of the novel, Jane is only a child and you hear all about her time at school and her life at home. Once she’s finished school, she goes on to become a governess, which is the period of her life where the majority of the story takes place. For me, this is a little bit of a shame, because I found her childhood to be one of the best parts to read. But unfortunately, it seems that this same quality couldn’t be maintained throughout the novel.

But, anyway, Jane works as a governess at Thornfield Hall, where she teaches a young girl named Adele Varens (who’s pretty nice). But the main focus is not Jane teaching this young child, but with the mysterious head of the house Mr. Rochester. Mr. Rochester is a character who, at times, seems unusual and interesting, and, at other times, seems weird and annoying, he has a rather unusual relationship with Jane (especially for the ninteenth century!) and it can occasionally create tension between them.

The story, especially Mr. Rochester’s secrets, certainly had some unexpected and exciting twists and turns, but at the same time I think it was all too long. It’s as if every time you read a new plot development, you then read several chapters of monotony before you get on to the next development. This is quite a shame, as reading all the boring bits is quite off putting and I imagine that a lot of people might just give up on it because of that, but I’d suggest that anybody who does read it should keep at it! If you’re getting through a particularly tiresome segment, try to console yourself with the thought that some genuinely enjoyable reading is probably just around the corner. If you can look past the unnecessary padding (which was probably only done to get it to fill three volumes, as was the fashion at the time) you have a novel with some real emotion and characters who, love them or hate them, you’ll want to find out what happens to them. Plus, to Brontë’s credit, the whole book has this kind of wintery atmosphere to it (even though it’s not only set during the winter), this isn’t something I can easily point out or identify, but it certainly helped during the less exciting parts.