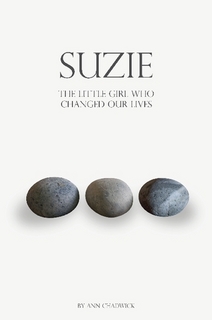 It’s quite hard to explain what this book is, on the one hand it’s a biography of a woman named Suzie Spitzer, but on the other it’s an autobiography of Ann Chadwick. I suppose the best way to describe it, is to say that it’s a book about the impact one person (Suzie) has had on the life of another (Ann).

The story of Ann and Suzie is a rather sad one. Suzie lived happily with her parents in Nazi Germany, but they were Jewish and it was Nazi Germany, so it couldn’t last. As such Suzie was taken out of the country and given a home with the Chadwicks (Ann was their only daughter). That’s the opening of the story and from there on we follow to life of Ann as she lives with Suzie and later as they part ways, but frequently cross paths. There’s a lot of very interesting things in this book, ranging from hilarious little anecdotes, to melancholy remembrances.

One thing which I particularly like about the book, is that all the way through the author writes about her adoptive sister Suzie in a really nice way. I just really like it whenever I read things of great affection written by one person about another, it really captures the love of the relationship. This isn’t an easy identifiable ‘part’ of the book, it’s just a lovely feeling which you get all the way through.

There are only really a few small downsides to the book. The first, is that occasionally, there’ll be an oddly written sentence which you’ll have to read a few times to understand. There aren’t many of these (certainly no more than ten) but when they are there, they’re a little annoying. Secondly, the book is pretty short (less than one hundred pages) and there are times when I would have liked some more detail. For example, Suzie, a girl who can only speak German, ends up having to live with the Chadwick family. who only speak English and we’re never really told how Suzie felt about this. Perhaps this is something Ann doesn’t know, but it still feels like quite a hole. I also think that the final chapter, which is a kind of ‘epilogue’ of their lives, runs on for a bit too long.