The Adventures of Tom Bombadil by J. R. R. Tolkien 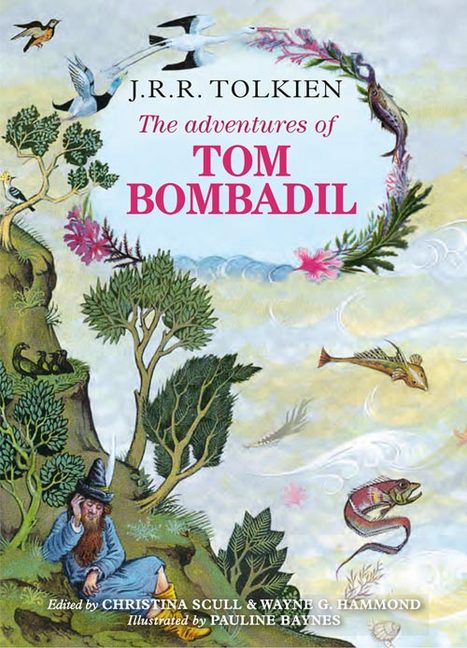 The first thing I want to say is that I like this book and enjoyed reading it. The second think I want to say is that it kind of feels like the literary version of clickbait (I didn’t want to start on a negative point.) When I saw the title “The Adventures of Tom Bombadil” I assumed it would be a collection of short stories about the character Tom Bombadil. When I read The Fellowship of the Ring, one of my favourite parts was when they met Tom, the mysterious man in the woods and I wanted to know more about him. I hoped I would find out more in The Adventures of Tom Bombadil.

So what exactly is this book? Well, it’s actually a collection of poems by Tolkien which, from a Watsonian perspective, were written by the Hobbits. The first two poems are about Tom Bombadil and tell the story of a couple of small scale ‘adventures’ had by the character. They’re very lighthearted and you don’t learn anything, but I enjoyed them and they were pleasant reads. The majority of the poems do not have any connection to Tom Bombadil but are still connected to Middle Earth (due to the supposed Hobbit authors) with some of them even originating from The Lord of the Rings and The Hobbit. All of them were quite nice to read and they all felt pretty upbeat too, which I liked. I’ve read a fair bit of ancient poems and in terms of tone and feel, these all felt pretty authentic. If you’re a fan of that kind of work, you will absolutely love these.

My edition of the book came with some extensive editor’s note about the origins of each poem and the character of Tom Bombadil. This I found fascinating and thoroughly enjoyed – if you want to get this book, then get an edition that cotains this as it’s all really good stuff. There was even an excerpt from a prose Bombadil story that Tolkien started writing, it was really interesting to read, but sadly very, very short.

Overall, this is a curiosity which fans of Middle Earth will enjoy, but I would not recommend it to the average reader. Rating: 7/10