The Phantom of the Opera by Gaston Leroux 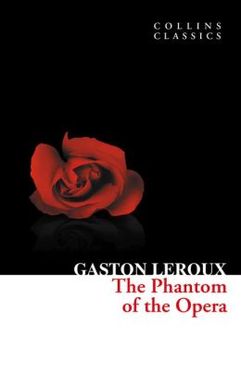 The Phantom of the Opera isn’t a book that can easily be defined. It’s part romance, part comedy, part horror and part mystery story and it really is a beautiful combination. I feel like these different tones contrast against one another in ways which make them feel even more impactful. I can’t properly explain why I have this thought, but if this book was a taste, it would be black forest gateau.

The story starts with some unusual goings on at an opera house that seem to be linked to something called The Opera Ghost. The initial investigation into these goings on, especially the opera management, are quite humorous, but the focus soon shifts from this to a love story about a man named Raoul and a woman named Christine who sings at the opera. Now, I’m not somebody who usually likes romance stories, in fact, I usually dislike romance stories (because I think they’re hard to do well) but I honestly really cared about the pair of them and their feelings for one another.

It’s also very good at creating a very hateable villain who comes in the form of the Opera Ghost. There’s a lot of mystery surrounding him, which makes him very interesting. He’s also a really horrible, manipulative, controlling person and you really grow to hate him as the story goes along. He’s given a backstory which is supposed to make him more sympathetic (which I don’t want to spoil) but I don’t think it works very well.

So, in conclusion, I’d definitely recommend this book because it takes you on a kind of rollercoaster ride of emotion, and that’s something I can really appreciate. The characters are all very nicely developed (even the story’s narrator!) and it goes along at quite a steady pace. I have to admit, there are sections every now and then which are a little boring, but they’re usually followed by things which are very intense, so, it’s never lasts too long.