The Republic by Plato (translated by Desmond Lee) 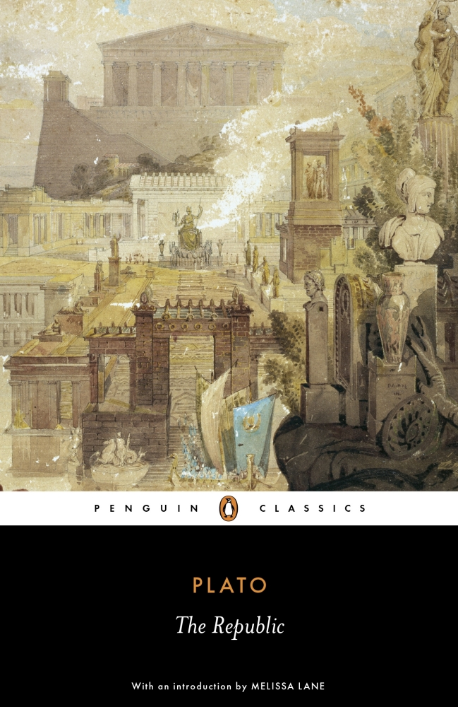 I imagine that, to most people, The Republic is probably just thought of an old and boring book about philosophy, but this is definitely not the case. Rather than explain his philosophical views about the world in a regular old essay-type format, Plato creates dialogues between contemporary philosophers and Socrates. This format means that it never seems to get boring; in fact, it’s quite funny sometimes, especially when they go off on bizarre tangents and start discussing things like naked old ladies at the gym.

There are some very interesting ideas and well argued points of view in this book. A particular favourite of mine is the way in which it is argued that a person is better off being nice to people then being rude (or being ‘just’ than ‘unjust’ as it is worded in the book). Plato also has the rather lovely idea that you can love your partner wholly platonically and so not need to have sex with them. His simile of the cave is also a wonderful introduction to the world of philosophy (I shan’t spoil it).

Having said that, Plato also has a number of rather crazy ideas. He thinks that there should be a ‘sex lottery’ (one secretly controlled by the government) where you have to have sex with a random person each week or each month or something. He also says that a false religion should be started up so that people can be kept in their place in society and that all art should be abolished.

Despite the weirdness, I still think Plato should be read. His relatively normal views are very interesting to learn about and his crazy ones are rather amusing. This book would be a nice introduction to the fascinating world of philosophy for anybody who’s interested. I’d score it as 8/10.