I love Christmas. In fact, I am pretty obsessed with it. When December comes along, I enjoy watching a large number of Christmassy films and even reading Christmassy books when I can. Though, for some people, it’s viewed as a celebration of greed, I like to look at it as a celebration of love and generosity – and I love stories which celebrate these virtues! So here’s quick look at some of the characters who I feel are the best Christmas Icons. 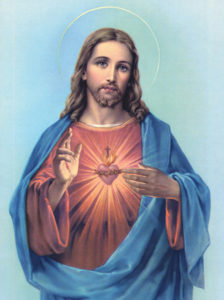 Full disclosure: I am not religious at all and I don’t even know if he existed in reality, but I have to tell you, I love Jesus and Christmas is his birthday. He even gets to have his name in the day, kind of. Now, I don’t agree with everything he said, but I don’t think anybody better embodies the ideals of love and generosity than Jesus himself. 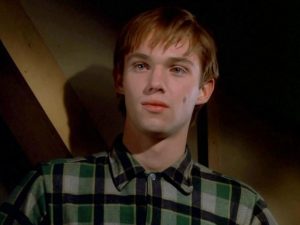 You’re most probably thinking to yourself ‘Why has the Walton maniac added John-Boy to a Christmas list when he has nothing to do with Christmas? Is this another stupid joke? Why doesn’t he realise that nobody’s laughing?’ and to that I say – John-Boy made his debut in The Homecoming which was a direct-to-television Christmas movie. His passion for life, creativity and his open-minded approach to helping others means that he most perfectly embodies the ideals we should all strive for at this time of year. 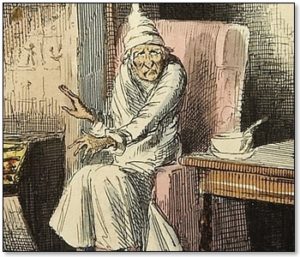 I love me a good redemption story – you’ve got classics like Jean Valjean and Koro-sensei, but Ebenezer Scrooge is the best one with a Christmas angle to him. Deep in my heart, I like to imagine that a lot of the world’s nasty and greedy people would transform if they underwent the Scrooge treatment. ‘Scrooge’ is so often used as an insult for people who hate Christmas, but I think that it’s actually a compliment, because Scrooge is a man who realised his worldview was wrong and then dedicated his life to helping others.

You know, I was going to do four of these, but then I found that I was really torn between who the fourth slot should go to and the first three all felt like absolute shoe-ins. I decided that that’s a good indication that I should just stick to the three. Do you like these three characters? And who do you think are the three biggest icons of Christmas?

This entry was posted in Christmas. Bookmark the permalink.