I’ve always loved collecting things. I’m not sure what it is, but when there’s a nice set of things, I’m really keen to own them all. I enjoy having collections of things and making lists of the things that I have. Sometimes I like photographing them too.

As a child, one thing that I loved collecting was Mighty Beanz. For those who don’t know what they are, they’re a collection of wacky characters who’re all bean shaped and have a ball inside them which makes them move (apparently you’re supposed to use them for games, but I just liked owning them.)

I really enjoyed the designs of some of these characters and they all had different levels of rarity and so forth. There was one toy shop in Swindon where I always remember buying them. I was particularly excited when they released a special collection of Pokémon Mighty Beanz (in my head, connecting the world of Pokémon to the world of Mighty Beanz in a hugely satisfying way.)

Here’s a photograph of my surviving collection: 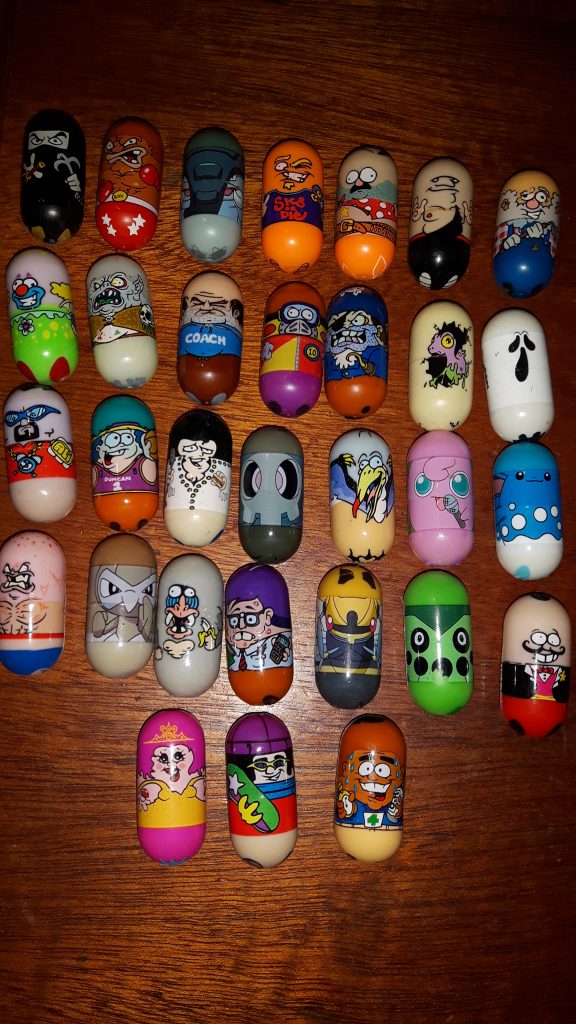 I’m sure I’ve lost a few of them over the years, because this doesn’t seem like very many (although I haven’t included duplicates.) Looking back, I think the Pokémon ones are slightly lower quality, since they’re artwork that’s wrapped around the “bean” shape, rather than made specifically for it, like the others. I think my favourite is Hatchling Bean, which is the dinosaur in an egg. Which ones do you like? Did you ever collect Mighty Beans? I hope that they’re still around for the children of today!

This entry was posted in Lovely Things. Bookmark the permalink.