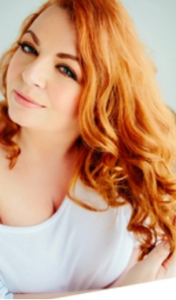 Yesterday I was scrolling through Twitter to pass by an empty few minutes in my day. As I was doing so, I came across an old tweet talking about the untimely death of a blogger called Kate Sutton. I wasn’t quite sure why, but her name and face seemed kind of familiar to me. I did a little bit of investigating and found out that she was the author of the blog WitWitWoo. Again, very familiar.

In a previous job, I was responsible for a blogger outreach campaign and I had a feeling that she might have been somebody I’d worked with on that. A quick search around her site confirmed this for me when I found the blog post she’d written from the brief I gave her two years ago. Seeing the blog post brought back some memory of the collaboration and I recollect that she was easygoing and nice to work with – in fact, I commissioned her for two blog posts. I found the second one shortly after.

I always used to be a little envious of the bloggers who made a lot of money selling blog posts, because I could never do that with this blog. I really admired them for it though and it inspired me to always keep up with my own work. Looking at her blog now, there’s no indication that she is no longer alive and it’s quite bittersweet – on the one hand, her personality comes through in the blog posts, immortalising her in some way, which is nice. On the other hand, it’s kind of scary. With the tabs about collaborating with her at the top, it’s almost like a moment frozen in time. Her last blog post is just a normal blog post, with no indication that she suspected her life may soon be over.

In fact, it’s worse than that. Her last blog post is about online dating and she’s talking with somebody in the comments about finding her “forever love” a desire which can now never be fulfilled. Then there’s the fact that she was a single parent “Mummy Blogger” and it’s very upsetting to think of the children left behind. How many people do we cross paths with every day? A very large number, and most of the time we’ll always be completely unaware of their ultimate fate… how many people who left a brief, friendly impression on you may no longer be in this world? At very least, the impact they had on you and (doubtlessly) on many others will always remain in the back of your mind.

My relationship with Kate was a very brief and professional one. I don’t mean to ‘take’ the tragedy of her death and make it ‘mine’ as the real people suffering here will be her friends and family. But I wanted to write about this because the news of her death certainly had an effect on me – it made me want to honour her memory. She was somebody who made it as a writer and I have a great respect for all writers. I am glad that she had the opportunity to make money from her work and it’s nice that she was able to capture many aspects of herself and her life in her writing. If you’re looking for some lifestyle blog posts to read, why not check out her blog and help keep her memory alive?

This entry was posted in Memoriam. Bookmark the permalink.