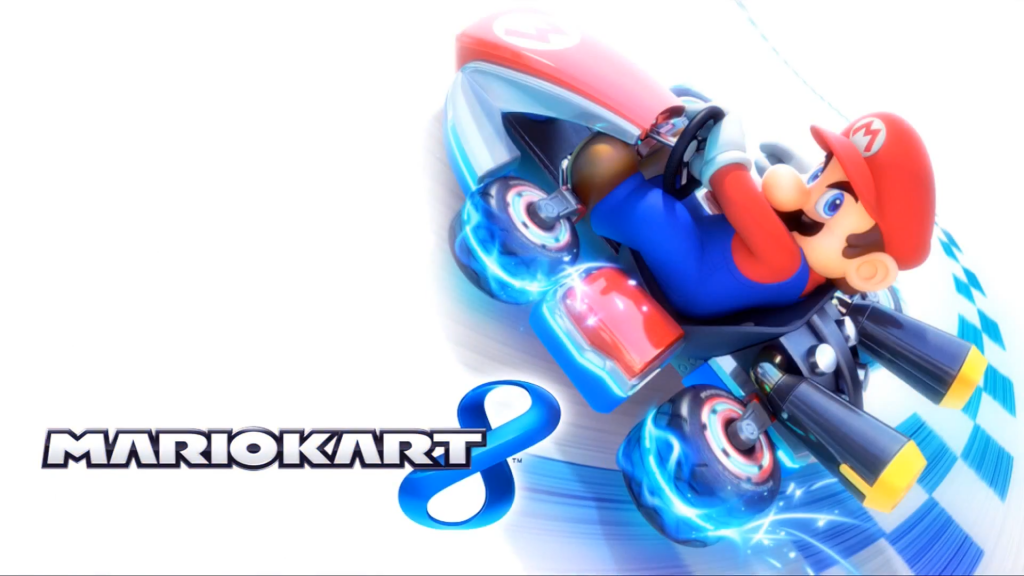 I always loved the Mario Kart series – the previous games had already been pretty amazing. Mario Kart Wii and Mario Kart DS are two games which I’ve had hundreds of hours of enjoyment with and which I continue to love to this day. So it should mean a lot when I say that this one blew them out of the water and became an instant favourite for me.

The unique selling point of this installment is that it introduces race tracks which have anti-gravity sections.  The anti-gravity aspect is quite fun and allows for exciting scenarios like racing up a waterfall. But, I think, what really sets this game apart from the rest is the fact that it is the first to be on a console which supports HD graphics. Every single level is absolutely gorgeous and the Mushroom World has never before felt so real and immersive. You’ve got creepy old haunted houses, airships up in the clouds, lands made of sweets, ancient temples and more. It was really exciting to see how old, returning tracks looked after their HD makeover too: Toad’s Turnpike (from Mario Kart 64) is now a beautiful highway in and out of a city,  Rainbow Road (also from Mario Kart 64) is now a really beautiful, sparking mural above a darkened city and Sherbet Land (from Mario Kart: Double Dash!!) has gone from being a bland, frustrating and uninteresting snowy race track to a beautiful snow covered road in the night. Every last track is a delight.

One thing that the game has been criticised for is it’s character selection and, I’ll admit, there were some odd additions, such as Bowser Jr., Birdo and all the Kongs other than Donkey, but I’d hardly call that a negative aspect of the game. You get a nice number of characters (including the Koopalings for the first time) and I never felt frustrated by the selection. Sure, there are maybe one too many babies and different variations on other characters, but I guess they were easy to make and I doubt they were instead of unique characters.

Of course, what most people like about these games is the multiplayer: once again, you can have a really good time playing locally with friends, or you can play with loads of people online. However you do it, it’s always highly enjoyable. Battle Mode has been changed so that you now only battle on the race tracks, but I’m not too bothered by the lack of battle specific areas. Plus, a new mode called MKTV allows you to watch and edit replays of races, which is really fun – you can even upload to YouTube!

What this game does for the first time in the Mario Kart series, is offer several pieces of additional content which can be purchased or added for free. Several Amiibo will give you unique Mii costumes (including Sonic and Mega Man!) and you can also download 200cc for the first time (which is really hard) as well as some Mercedes vehicles. But most excitingly, Mario Kart 8 has two packs of downloadable content which contain some really exciting things. You can get Link as a playable character and race around Hyrule, you can race as Isabelle or Animal Crossing Villagers and race in an Animal Crossing village and you can even race on some brand new F-Zero tracks! It’s some of the best downloadable content I have ever purchased and it really thrilled me as a Nintendo fan.

On the whole, this game is superb. It’s really fun to play by yourself or with friends and seeing all of the beautiful race tracks and leisurely speeding through them is an amazing experience all on its own. This is definitely something you should try.