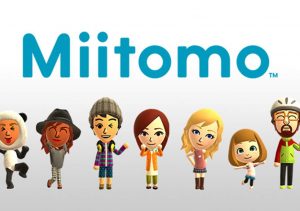 When I first heard that Nintendo were going to start making games for smartphones, I was pretty excited. I was so excited, in fact, that I went out and bought my first smartphone. I’m really glad I did because those things are revolutionary and I really should have gotten one sooner. So many aspects of day to day life have become so much easier since then. But, anyway, I’m going off on a bit of a tangent – the first app Nintendo released was Miitomo and it wasn’t actually much of a game after all,but rather a sort of Mii-based social media app, which is still an interesting concept.

I remember when I first started using it – I was pretty happy seeing my Mii (in HD) on my phone. It seemed so new and revolutionary, because I never expected to see Miis on anything but a Nintendo console. What I was also very pleased with was that I was able to import my Mii from my Nintendo Account, which itself was imported from my 3DS (which could have been imported from my Wii, but wasn’t) so people had the chance to continue using the same Miis they’d had all along. It does, of course, also contain a complete Mii Maker, so you could build a Mii from scratch or even have one automatically made based on a photo.

Once you’d either imported or created a Mii, you’ll find it entering an apartment. You’d then be asked questions about your day, your life, your interest or other things like that. You write your answer and your Mii then speaks it in a comical, robotic voice (which you choose for it.) It was very clearly built on the structure of Tomodachi Life, so that’s a good point of reference for anybody who’s played that.

The other thing you could do was listen to the answers your friends have given to these same questions and you’d get to see their Miis answering them yourself. Since all of my friends are hilarious, they usually wrote funny or sarcastic answers and I had a lot of fun going through them. You could also have your own Mii give answers to their replies. I wish more of my friends had the app, because it would have been so much more fun if they did – you are able to see the answers of strangers, but it’s just not the same.

Answering questions and listening to other peoples’ answers would earn you coins and tickets, which were then used to buy clothes for customisation. You could either get clothes by buying them in the game’s shop, or by playing an extremely chancy game where you have to drop Miis at just the right time to land on the right platforms. That game was so unfair, but it was the only way to get special items. It was definitely built to encourage micro-transactions.

Some of these clothes were pretty cool though. For example, there were outfits based on The Legend of Zelda: Breath of the Wild, Splatoon, Fire Emblem Heroes and also Kirby and Super Mario characters. I was disappointed that there was never anything related to the Donkey Kong series, but I did enjoy collecting the Nintendo outfits. There was even a very cool cross-promotion where a Miitomo-themed Splatfest was held in Splatoon which gave me the cool feeling of all my Nintendo games being connected.

Overall, it was a really nice little app. You’ll notice I say “was” and have been referring to it in the past tense throughout the review and that’s because the service was entirely online and has now been discontinued. I hate when that happens. Such is the state of modern gaming – enjoy things while you can, you never know when they’ll disappear forever.

Rating: 7/10 (though it’s very hard to rate in the same way I rate other games)