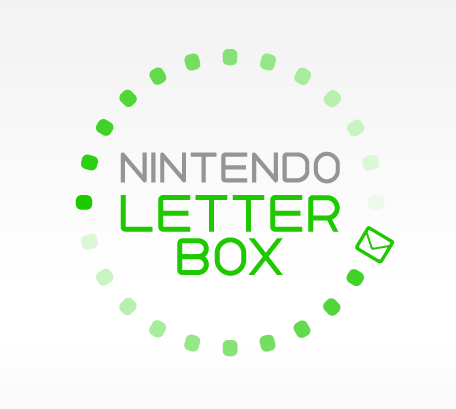 The Nintendo Letter Box is a free to download feature for Nintendo 3DS consoles and while it isn’t very much of a “game” as such, it has enough charm that I would like to review it. For big Nintendo fans like me, there’s enough unique content to warrant giving it a look.

Nintendo Letter Box (or Swapnote, as it is also known) gives you a handy little way to send electronic letters to people you have on your 3DS friends’ list. You can draw pictures or you can write messages, but either way you use the stylus for it. It’s quite cute, really, because if somebody sends you a message, then their Mii delivers it to you when you open the game up and you get to watch them writing and/or drawing whatever was in their letter and you get to see it done in exactly the same way that they wrote it. Likewise, it’s your own Mii who will deliver the letters to your friends and you watch them sitting there happily as you write.

What’s also especially noteworthy about this game is that it introduced us to Nikki, who has gone on to become a minor Nintendo mascot. Nikki writes you a series of letters which provide a sort of tutorial. If you were lucky enough to play this between 2011 and 2013, you’d be treated to pleasant messages from Nikki every time there was a special occasion, like Christmas. Nikki is a very pleasant character and it’s easy to see why she was so popular.

If you’ve got a 3DS and you have other friends who also have a 3DS, you should make good use of the Nintendo Letter Box. I honestly only used it once or twice, but I have the letters saved and it makes me feel very nostalgic every time I launch it. If you have friends to use it with, you might really enjoy using it. If you don’t, there’s no real reason to ever use it, other than to see the introduction of Nikki.

Rating: 6/10 (though I have to admit that rating this seems rather arbitrary. I’m only really doing it for the sake of consistency.)