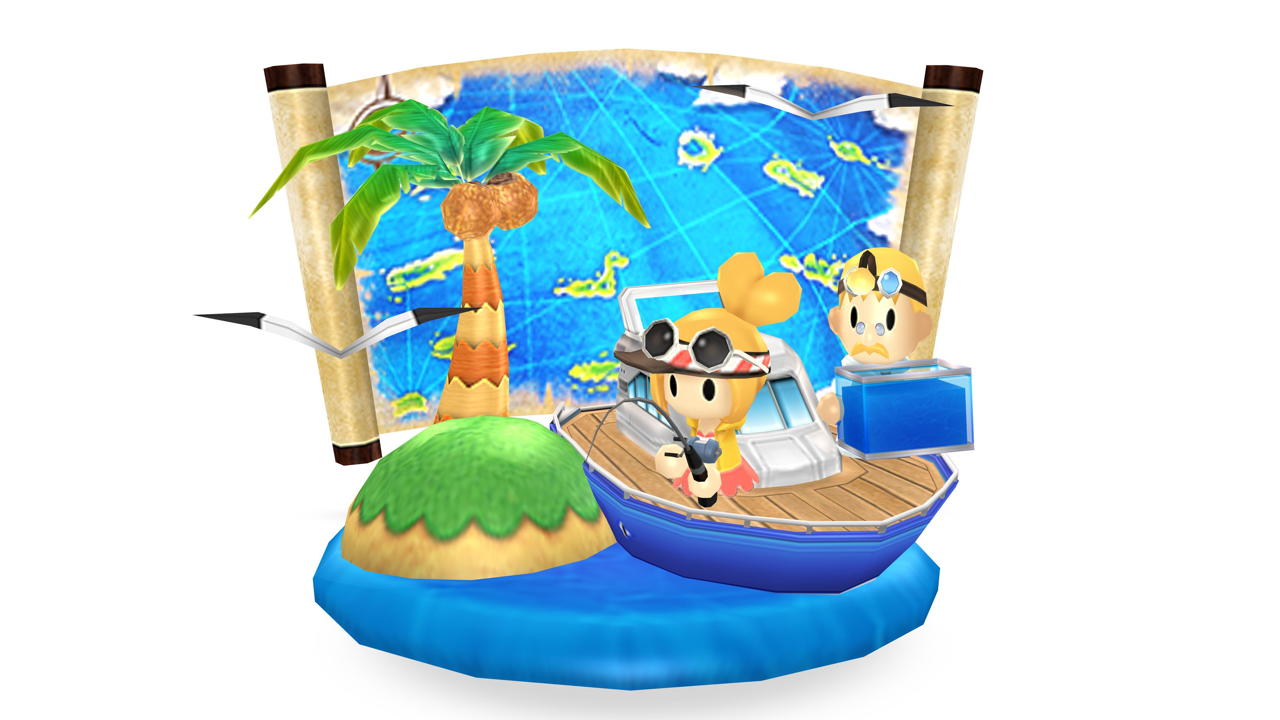 The StreetPass function on the Nintendo 3DS lets you collect the Miis of any 3DS owners you happen to pass on the street. The StreetPass series of games are quite simple but very fun and are all built around the meeting of different Miis.

In StreetPass Fishing your Mii goes off on a fishing holiday and every Mii that you pass on the street offers you a piece of bait. There are various different locations for you to visit, each having a different selection of fish available to catch and, of course, different kinds of bait help to catch different kinds of fish. It’s not just a holiday for your Mii either; you meet a woman named Coraline there and she and her father are investigating sightings of large, mystical sea creatures in the area – you have to help them find these creatures by catching them so that they can be studied.

What I really like about the game is that the story has a surprising level of depth to it. I really wouldn’t like to spoil what happens (as that will probably lessen its impact) but I was really shocked by how dark and cynical it became as I got towards the end. In some ways I was a bit disappointed, because I had convinced myself it was going to end up tying into the plot of the earlier Nintendo game, Endless Ocean but that’s a very minor complaint. As Nintendo are often criticised for their games lacking story, the amount of plot found in StreetPass Fishing is really impressive.

On the whole, this is a very enjoyable game. At the end of the day, all you are doing is choosing different locations and then pressing the A button and using the control stick to catch fish – it’s a basic premise, but very rewarding. There are a huge number of fish to catch and as somebody who loves aquatic life, it was great fun trying to catch them all; there were even a few rather unexpected creatures out there waiting to be caught. That’s not to mention that every fishing location looks like a real natural paradise and that the game has a wonderfully soothing soundtrack.

It was very addictive and the leaderboards generated from the records of everybody you StreetPass gave a great incentive to keep playing. I suppose to put it very simply, it’s a bit like taking the fishing from Animal Crossing and making a full game out of it and this works very well. One of the best StreetPass games.