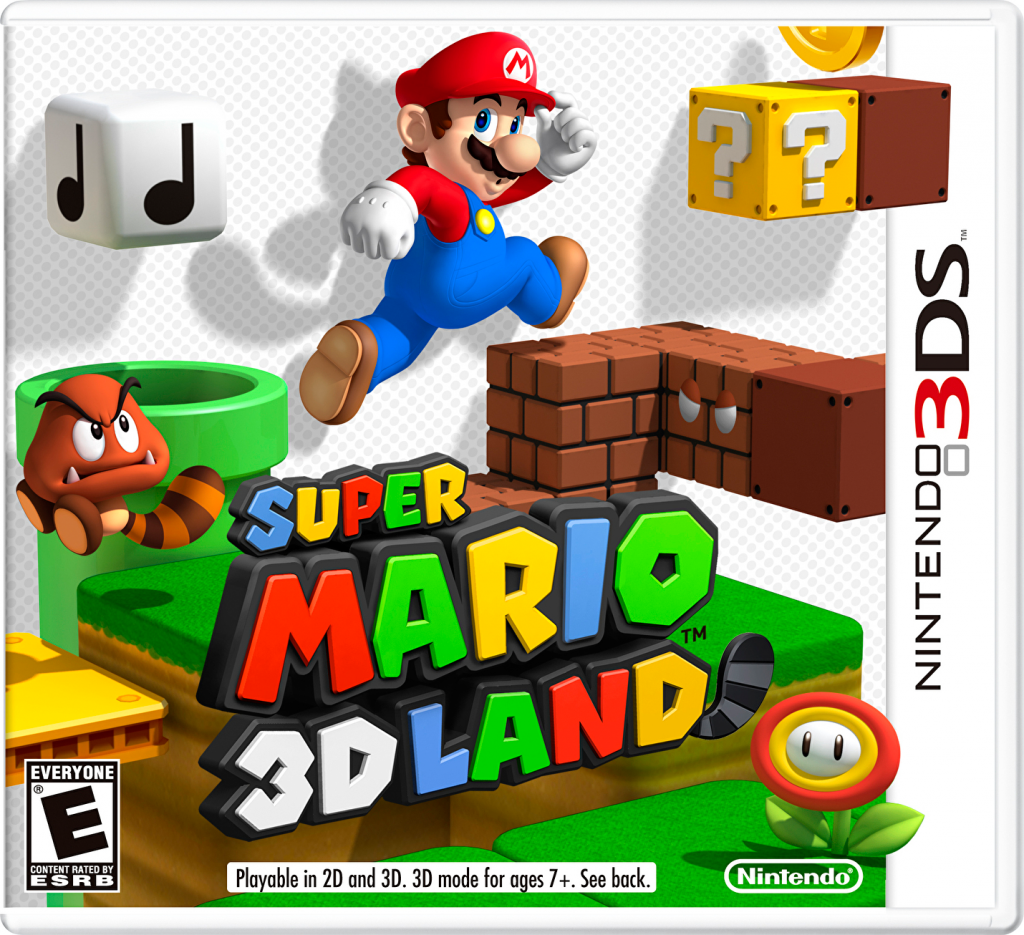 Super Mario 3D Land is a bit of good old fashioned Super Mario fun. It takes the standard 2D formula of having you start at the beginning of a course and then having you avoid various obstacles so that you can get to the flagpole at the end, but it brings it into 3D, so you’re moving through very linear 3D courses.

If you already know that you like the series, then you’ll almost certainly have a good time with this. It reminded me quite a lot of Super Mario Bros. 3 just with a touch of 3D gaming involved. It features the return of the Raccoon Leaf, which gives Mario a raccoon tail, which he can use to attack or to make himself fall more slowly. It’s a bit of a shame though, because it used to be able to make you fly but it has lost that power in this iteration. It also includes the return of the classic enemy Boom Boom and even introduced a female counterpart named Pom Pom (which I appreciated.) There’s a nice selection of levels, including haunted houses, air ships, forests and grassy fields and all the other classic Mushroom Kingdom destinations which are sure to make a lot of you feel nostalgic.

The storyline is very basic: Bowser has kidnapped Princess Peach and Mario is off to rescue her. It’s a very basic game in that regard. Every established gameplay element of the franchise is reintroduced in this game, meaning that it makes for a good jumping in point, if you’ve never really played any other games in the series. If you’re an experienced fan of the series and you want a challenge, you won’t find it here. This is a very easy game, even when it’s supposed to be hard. Is this disappointing? I didn’t think so. I found that this game was the perfect thing to relax with. It was just about difficult enough that winning a level felt like an achievement, but easy enough that you’re never really likely to lose. Combine the low level of difficulty with the bright and colourful visuals of the series and you’ve got a lovely experience on your hands. There’s plenty of replayability too, with lots of little secrets hidden throughout the game for you to go back and find. Although I guess it is fairly short overall.

I can’t say that Super Mario 3D Land is particularly innovative. The most unique thing about the game is that playing in 3D mode will occasionally make it easier for you to judge the distance when you have a jump, but other than that it’s just the same formula that we’ve grown to love over the years. While I can’t say that it was the case for me, I can imagine that some people might feel bored by this game. It’s lack of originality might also make it feel a little bland alongside the many similar Super Mario games, but I still think of it as a well made and enjoyable game.