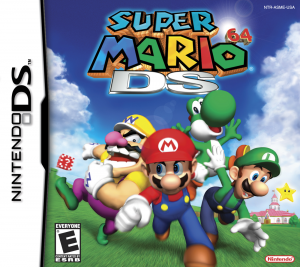 Back in 2004, when I first heard about Super Mario 64 DS, I was amazed. It felt like I was living in the future. The fact that a portable console now have the power to play a fully 3D adventure was almost unfathomable to me. It made me so excited to get a Nintendo DS and when I did and I played this, I was addicted. I was very deeply immersed in this game – much more, in fact, than I was in the original Super Mario 64. Though as this is a remake, I suggest that you read my earlier review first. Anyway, let me go over both the good and the bad changes that this version of the game makes.

As you can see, the changes are mostly for the best and the negative ones are relatively minor. Personally, I think that this is one of the best games on the DS. On my first playthorough, combing through the game and getting 100% was really satisfying and picking it up now, it’s still very fun! For a long time, I considered it the definitive 3D Super Mario experience – though as of 2018, that has changed…