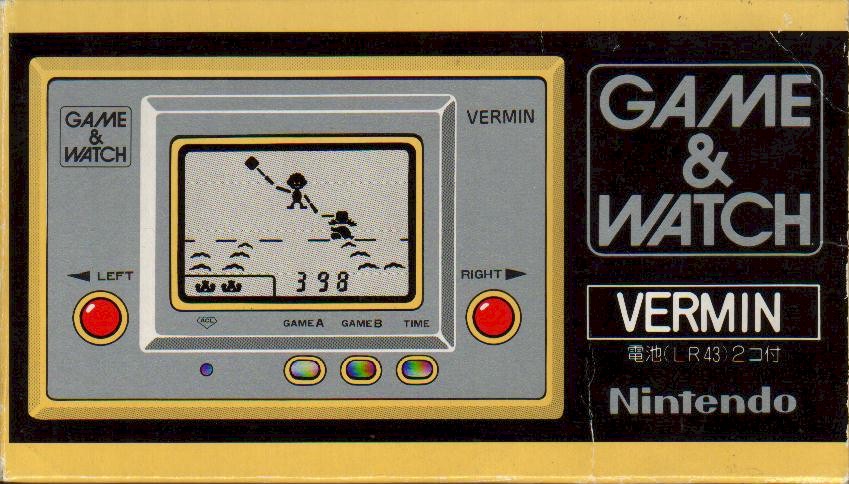 Vermin is one of the earliest Game & Watches (in fact, it is the third) but it’s one which cemented the formula for future titles in the range. The first two had been rather atypical when compared to the later games, but Vermin was the first to have you doing a simple, repetitive task which becomes increasingly difficult over time – with three lives, you have to keep going in order to get the highest possible score.

So what do you do in Vermin? Well, you play as somebody who is presumably a farmer and you have two massive mallets. There are several vegetables growing on the screen and you’ll see moles burrowing towards them. When they pop their heads out to eat the vegetables, you need to be ready in position to hit them before they eat the vegetables. The moment they stick their heads out, he’ll automatically hit them.

Really, it’s quite simple even by Game & Watch standards, but I still enjoy it. It’s probably one of the easiest Game & Watches and I think that helps to make it quite addictive. It’s a fun way to pass five or ten minutes. Plus, there’s a harder difficulty mode too, where things are just a bit faster. Well worth a look if you’re into older games.