Harry Potter and the Half-Blood Prince by J. K. Rowling 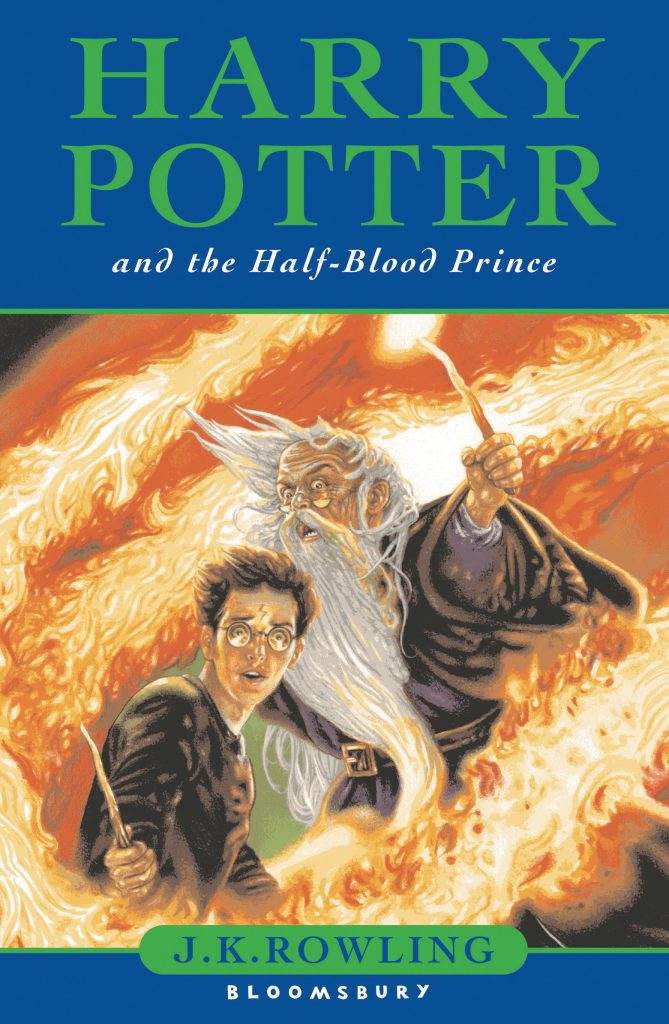 Harry Potter and the Half-Blood Prince is the sixth book in the J. K. Rowling’s excellent series of fantasy novels. The previous book was Harry Potter and the Order of the Phoenix and I felt that that had been my favourite in the series, the stakes were really high and there was so much tension throughout. I wondered whether things could continue to get more intense this time and was really excited to read it.

What I found was that this book takes quite a change of pace. There’s not much of an ongoing event in the school this time, but instead we get an insight into the backstory of Voldemort. This was very interesting because I always felt that Voldemort had been a bit of a generic “evil lord of darkness” archetype before this. It does a good job of developing the world as a whole, I think.

Harry also spends a lot more time with Dumbledore in this book too, which means he appears much more in this book than he did in any of the previous ones. I was delighted by this because I love Dumbledore. He’s such a kind and whimsical man and every page in which he featured is a delight to read. I am so grateful for the fact that he plays a more significant role this time. His character is a real treasure and the kind of person that I wish I knew in real life, while simultaneously being a great role model. I’m sure I’ve spoken about how great he is before, but it especially shines through this time.

Other characters, such as Malfoy and Snape, also get a little more development in this book. I feel like the whole wizarding world is very interesting and so I am very pleased to learn more details about any aspect of it. It felt very much like taking a step back from the rising tensions in order to fill in a few gaps in the narrative and make things a little clearer. Perhaps a bit of a breather was needed after the intensity of Order of the Phoenix and just before the next book, which is the finale.

Except that the last few chapters are incredibly intense. In fact, the last few chapters are downright traumatic. Oh my goodness. I couldn’t believe what happened. I was shocked, stunned. I was staring into space thinking about what happened. Trying to come to terms with it, trying to accept it. It’s not like I haven’t read any books with shocking content before, but nothing has ever affected me quite as much as this did. Even thinking back to it now, I feel bit weird. I’m obviously not going to spoil it for you but, please, brace yourself. As a writer, I can only hope that one day I am able to create something which produces such an emotional response in somebody. Gosh.

Overall I may slightly prefer the previous book, but this was still pretty great.