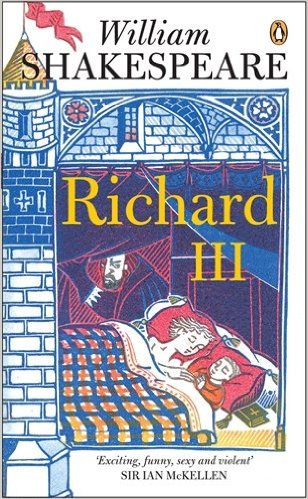 Unfortunately, it seems that Shakespeare’s plays all have the reputation to being uninteresting to anybody who isn’t a scholar, but this is definitely not the case with Richard III. The story features easily understood humour and is an enjoyable read.

The story is mainly just the true story of Richard’s rise to the throne and then what he did during his reign as king. While this may not be the most historically accurate piece of writing, it still gives you a rough view of Richard’s life (or, at least, a rough view of the main events in his life). The character Richard is definitely the main appeal of this play, while all the other characters are rather unintelligent and worrisome; Richard is portrayed as somewhere between the lines of an evil villain and an anti-hero, loosely similar to Blackadder in a way. While the morals of the historical Richard are somewhat ambiguous at best, the way he is portrayed here is very amusing; his rude remarks to people he dislikes are really quite funny. There’s also a touch of paranormal thrown into the play, something which, obviously, there is no evidence of occurring in real life, but this should be read as something to be enjoyed first and something to learn from second.

On the whole, this was a good read. Although, a couple of times, the archaic language did make a couple of the events hard to understand and mean that a couple of pages had to be reread (which is never very fun) it’s mostly easy to understand with humour throughout… despite being a historical tragedy.