Who on Earth is Tom Baker? by Tom Baker 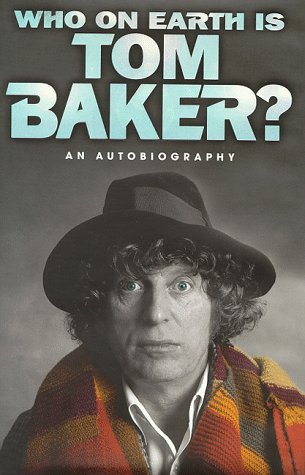 As you may be able to guess from the title, this book is the autobiography of Tom Baker, the actor best known for his portrayal of the Fourth Doctor on Doctor Who. His version of the Doctor is known for being a rather comedic, and from reading this it seems very clear that this stems from Tom himself as the majority of the book is written in a rather humorous style.

However, despite its light tone, the book actually covers some very depressing subject matter. He talks a lot about struggling with suicidal thoughts, of never having been able to form significant bonds with others, of acts of self-harm and various other things of that kind. I remember reading a line, and smiling because I thought it was funny, but then immediately afterwards feeling awful because it was a joke about a very serious thing that actually happened. But since the sufferer made the joke, I guess that makes it a little less bad? Maybe.

But, of course, it’s not only depressing. What I quite liked is the fact that it seems that when Doctor Who came into his life, it was at the point when he was at his absolute lowest. It’s presented as a kind of shining beacon which gave meaning to his life, and I find it nice that the show is something that was very important to his life. As a fan of Doctor Who, it pleases me that it was of some special significance to one of its main actors, rather than just being one of many jobs. At the same time, you have to feel a bit sorry for him though, when he speaks about the difficulties of typecasting.

So, I think this book is worth buying for anybody who has an interest in Tom Baker. There are some excellent facts about the making of Doctor Who and I certainly enjoyed finding out about his life, which has been full of unusual happenings. He lived through the blitz, he lived as a monk, he went into the army, and, of course, was a successful actor. As I’m sure you can tell, that makes for some very good reading. Sadly, the ending seems a bit sudden, but then again I guess it must be awfully hard to end an autobiography when you’re still living the story it’s telling.