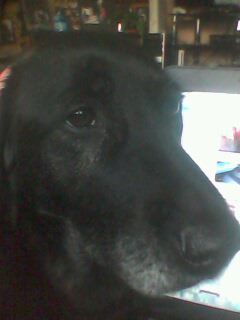 Charli, in her old age (she’s nearly 7) is a very cautious dog. Charli is so cautious, in fact, that she is scared of absolutely everything. I’ll just list a few of her fears: fridges opening, cups moving, slight bangs, being in cars, trees creaking,  cutlery falling and pretty much anything else you can think of (especially anything which falls). If you take her for a walk and let her off the lead, she’ll just stroll peacefully along a short distance away from you. She does have a little bit of a wild side though, if there’s a patch of long grass she won’t be able to resist rolling in it! 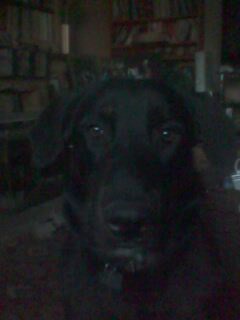 Alfie, on the other hand, is quite insane. He’s still very young (only having recently turned 1 year old) and so is always very full of energy. Even something as mundane as bowel movements is, for him, a super exciting, energetic activity: he finds a spot and then spins around for a while before getting on with his business. He’s very strange too; he’s not much like a normal dog: he stretches like a cat, walks like he has super bouncy feet and spins his tail around like a helicopter, rather than wagging it normally. Also, maybe because he’s male, on the odd occasion he might get aggressive, or at least, I imagine that’s how he’d like to think of it: basically, sometimes at night, if somebody offends him, he’ll growl at them. If the growl doesn’t cause his irritator to go away, he’ll move quickly to bite them, but as soon as his teeth reach the person’s hand, he’ll just close his mouth really slowly and look at them nervously. Also, despite his young age, he’s already bigger than Charli. 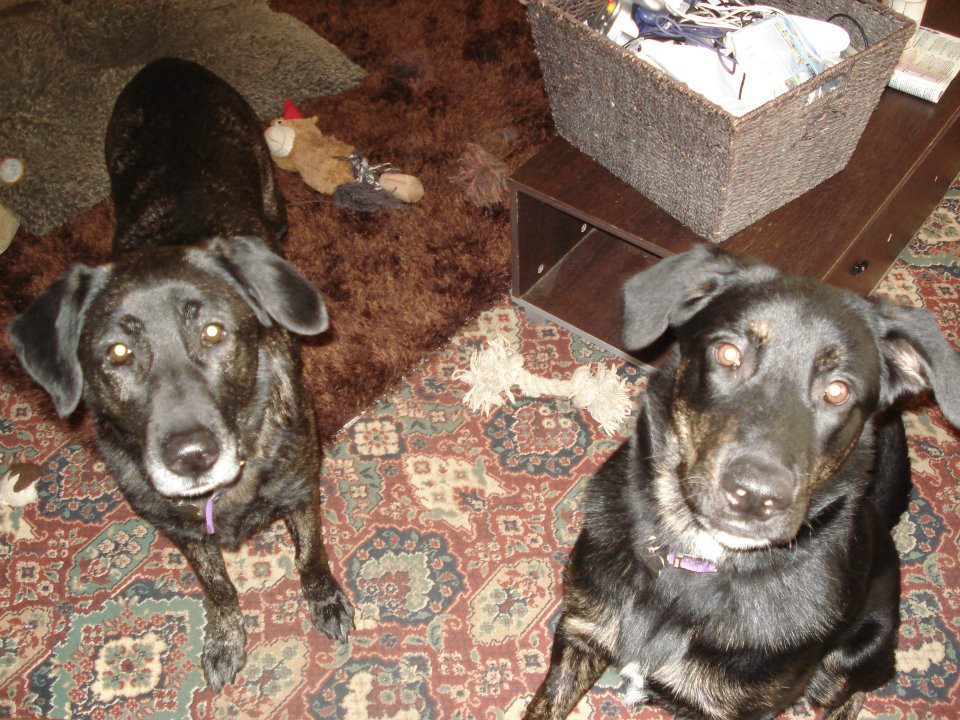 This picture, unlike the previous two, was taken by my Mum, rather than by me. Now, how do you think they’d get on together? Love each other? Hate each other? Well, I’ll tell you. Charli will be strolling along, or sitting peacefully, and then Alfie will run over to her (probably bumping into her) and start chewing on her neck. Charli hates having her neck chewed, so every time Alfie tries, she gives him an angry bark. Alfie’s kind of like an annoying clingy guy who thinks he and Charli are really good friends, but Charli is actually irritated by him. If we’re out walking and Charli goes somewhere and he can’t figure out where she is or how to get there, he’ll just sit there and cry about it. When they’re reunited, he’ll give her a big celebrator neck bite. But while Charli might pretend she finds Alfie annoying, deep down, she really loves him. For example, just the other day, Alfie went over to a dog and the dog viciously barked back, Charli then ran over and barked very angrily at the other dog (though on the other hand, some days, she’ll join in with the other dog if another gets annoyed by him).
And so they’re the family dogs.