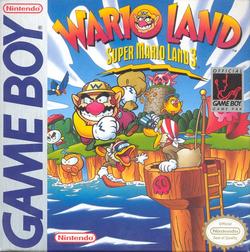 One of the best things about this game is getting to play as Wario. Unlike Mario, Wario is a big tough guy and his strength definitely comes across in his playstyle. It’s fun to charge through enemies and knock down walls and, not only that, but Wario has some pretty cool power-ups too. Two of my favourites are a dragon shaped hat that can breathe fire and a rocket powered hat that lets you charge very fast!

Another very appealing thing about this game is that it has a good feeling of exploring the unknown. The environments are all very natural and secluded areas and the game has a superb soundtrack which really reinforces this atmosphere. Plus, of course, there’s a whole new set of enemies which makes it clear that this is not the part of the Mushroom World that you are familiar with.

The levels are very well designed too, I’ll tell you about two of my favourites. In one, you have to get through the stage as quickly as you can because there is a huge wave of lava coming up behind you! In another, you move slowly and peacefully through a cave while riding on the back of a creature called a Pouncer. There’s also a strong focus on treasure hunting; the amount of money and treasure you collect as you go through the levels will affect how the game ends.

There’s not really anything bad about this game I can say. I guess it is a little bit short (but not too much and there is a lot of reason to replay levels) and also Mario fans might be disappointed to find out that Mario himself only has a tiny role in this game (but I found his scene very funny). Of the Super Mario Land trilogy, I’d say it’s definitely the best and I think it is one of the best Game Boy games overall too. Well worth a try!