I had a particularly exciting day today. I traveled down to Milton Keynes (quite a journey) to attend a book signing by Mary McDonough (best known for her role as Erin Walton on The Waltons, which friends and regular readers will know I like a lot.) What made this even more exciting was the fact that when I got there, I saw that the sign outside said Michael Learned (who played Olivia Walton) would be there too!

It was about ten years ago that I first started to get into The Waltons. It’s influenced me a lot since I started watching it. It helped push me towards the decision to go to university and helped persuade me that writing was something I should aim for as a profession, rather than a hobby. The things I’ve referred to tie into the character of John-Boy mostly, but there was a lot more to my appreciation of it than that. I appreciated the values behind it – there are great episodes about Erin fighting to be treated fairly as a woman in the workplace and an amazing two parter where Olivia confronts a local rapist.

For a long time, meeting one of the cast has been a dream of mine and being able to live that dream has been fantastic. If the me of the past knew that I’d get to meet some of the cast (an that I’d be a full time writer too) I’d have felt my future was very bright indeed. The event started with a Q&A and I asked two questions (I could have asked about a hundred, but I felt I might be being a bit greedy!) and hearing the stories about working on The Waltons was a magical experience. Mary and Michael were very engaging and pretty funny too.  At the end, I got a chance to speak with them briefly too and to have my photo with them as my copy of Mary’s book One Year was signed.

One thing in particular struck me: I’ve met a few celebrities over the years, no huge number, but a few. These other people had been friendly and polite, but to the same kind of extent that somebody serving you in a shop might be. Mary and Michael were so friendly and it really came across as genuine interest in speaking and interacting with everyone there. I was so happy. I was full of wonder and excitement the entire time I was there.

Here’s the picture from the day: 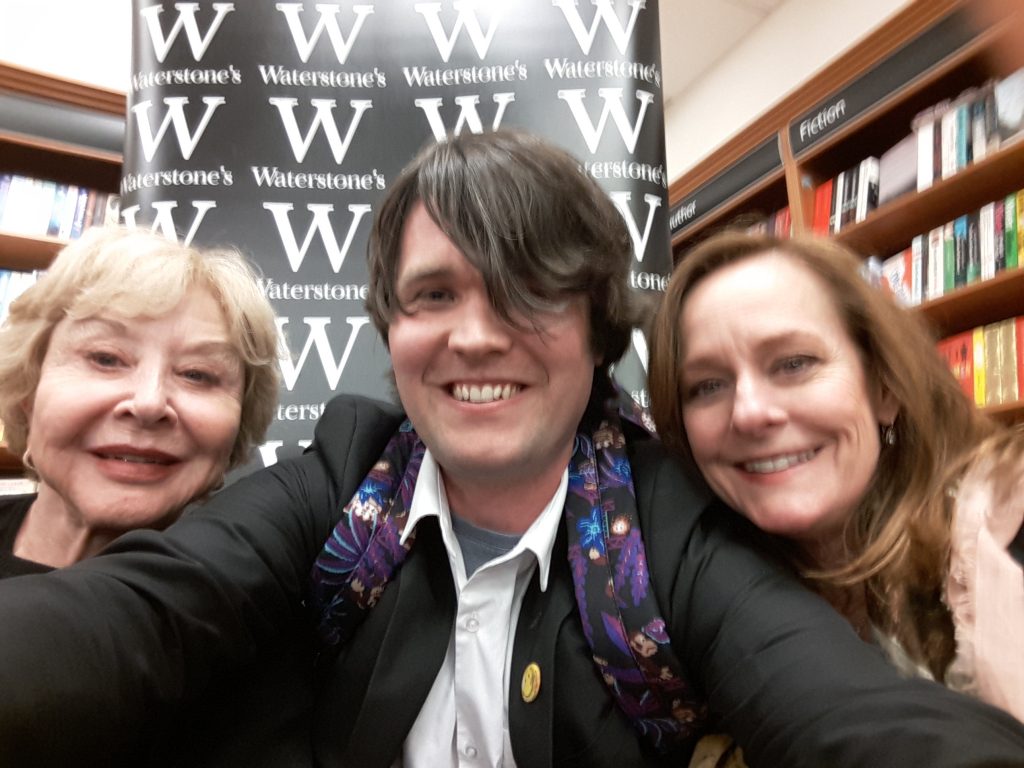 This entry was posted in Anecdotes, Best Entries, The Waltons. Bookmark the permalink.