With the coming of 2018, everybody seems to be taking the chance to reflect on 2017 and all the things that it gave us. There were exciting new films, cool new video games and dystopian new political developments – what a year! And, of course, the one question on everybody’s lips is this: which was the best vegetable of 2017? Well, the good news is, that we here at Trusty Water Blog (that’s the royal we) have complied a list of the best vegetables of 2017.

This is a controversial choice, I know, because tomatoes are not vegetables and I also do not like them. Finding out that a meal had a tomato in it, for me, is the equivalent of finding out that your kidney has a stone in it (not that I have ever experienced the latter, but I’m sure they’re the same.) So what is it that gets them included on this list?

Well, this year I’ve learned a lot more about tomato culture and philosophy and I’ve come to respect them. Sure, we may have different perspectives (they think of themselves as delicious and I think of them as disgusting) but if there’s anything this year has taught us, it’s that we need to respect people from all walks of life – even the Toms. 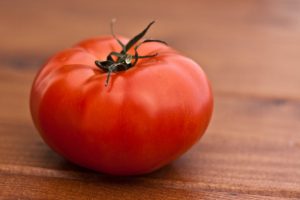 Oh no! Oh no! Have we got a leak? Oh no, I was just misidentifying the fact that number 9 on our list is the humble leek. Har har har. I thought that up myself. Leeks first made it big in the public consciousness in 2012 and have been a household name ever since. It’s no surprise that they continue to be successful into their fifth year of fame and that’s why they’ve earned the solid number 9 slot. 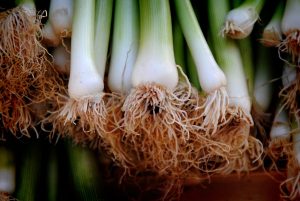 Peppers have had quite a few smash hits throughout the years. We’ve had red peppers, we’ve had green peppers and we’ve even had yellow peppers (ideal for drawing smiley faces on.) Then, of course, you’ve also got ghost peppers – and yes, I know that some people believe that the ritual execution of alive peppers in order to create ghost peppers is unethical, but those types of people are the problem with democracy.

So why is that peppers have secured themselves a comfortable seat in our Top 10 Vegetables list? What specifically ties them to the year 2017? Well, in a world where more and more of our beloved public figures are being outed as sex offenders and bigots, it’s important that we take the time to appreciate the cultural icons who have not fallen from grace and who remain paragons of moral virtue – such as the pepper community. Yum yum. 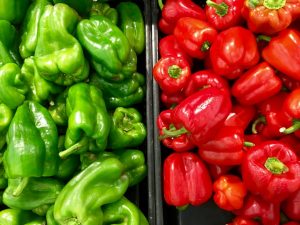 No, I am not suggesting that we farm and eat Swedish people, you filthy racist. I’m talking about the most humble of all vegetables, the humble swede. This is another of those classic vegetables that have reached the point where you could show their photograph to any random person on the street and they’d be able to tell you what it is.

2017 was a good year for swedes. When I went down to my local Co-Op a few months ago, I spotted a packet of shredded swedes and it went well in a stir fry I made. Sure, maybe those have been available for years and nobody ever noticed, but it’s nice to see that this swede variation is still in publication. 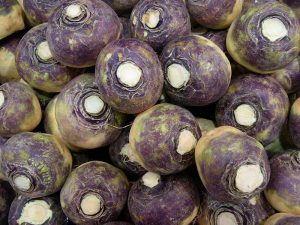 Well, hello there! What’s this fruity little number doing in our vegetable list? Well, spoiler alert, the number six slot has been given to a very special guest star: oranges! Everybody knows that fruits are rubbish when compared to vegetables and so you could never make a top ten fruit list, because there aren’t that many nice fruits, so it only seem fair to let them nab a spot on this list instead. I’m all about inclusivity.

Have you ever been sat on the bus and then smelled something divine in the air, so you then look over to find that a fellow commuter is peeling an orange nearby and you want to covertly take a nice long sniff of it, but you also don’t want to look like a sociopath so you avoid going over and saying “Excuse me, mister, I’d like to have a sniff of that fruit” and instead try to enjoy the smell in as subtle a way as possible? Of course you have. Everybody has. Oranges smell great and despite that one horrible experience in 1998, they do actually taste great too. 2017 was a year for revisiting classics and oranges was one of those classics. But how could it ever be improved? Simple, turn them beige and call them beiges. 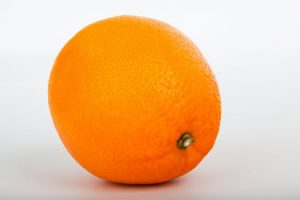 These are good’ens. They’re the pea’s knees, as they say.  They provide us with some really profound commentary on the human condition as they are a dark mirror for us all. Think of each individual pea. They’re constantly surrounded by lots of other peas, but do the other peas really love them? No. They are, in fact, always entirely alone, even though the other peas are physically near. And what happens to peas? They get eaten, just like our decaying corpses will all be eaten by worms, once they’re buried in the ground – never having truly been loved and never having truly felt love for another. Just like peas. Two peas in a pod? Nah. Two Ps desperately seeking God – in that case, the p stands for “person.”

Yes, sometimes peas are a nice addition to a meal, but other times they can spoil a dish entirely with their presence, just like humans have spoiled the planet Earth. With so much to say, how could we not award peas a place on this list? Oh, and one other thing, don’t you think that they’re quite visually pleasing? Nice shade of green. Round. 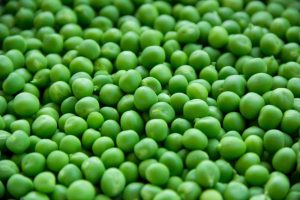 Everyone knows beans. They’re good, right? After all, they were the inspiration for that famous nursery rhyme “Beans, beans, the musical fruit, the more you eat, the more you lute, play the lute all night long, play it for your daughter, play it for your son, for when they come to write your eulogy, they’ll look back upon this memory.” But imagine if beans could be even better. Well, actually they can and I am talking, of course, about bean sprouts.

They taste good, they smell good, and look good. What else do you want? I mean, for goodness’ sake, they’re only vegetables. Add them to your stir fry today and tick “eat bean sprouts” off of your bucket list. 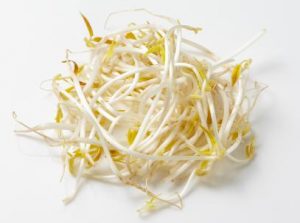 Oh, gosh. Now we’ve got something really special here. Onions. Or fun-ions as I like to call them, because if I’m ever feeling low, I know that I can always have fun if I decide to eat an onion – raw or cooked. They’re round as well, which is useful if you’re ever out on the tennis court and you find that you’ve forgotten to bring the ball again (you utter dolt!) as a little known fact about onions is that they are they exact same size as tennis balls.

But, on a serious note, it’s hard to think of a savoury dish which isn’t enhanced with a dose of onions. Does that not embody the ideals that we should all be striving to live by, in this world of ours? 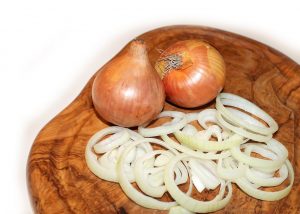 Let’s take two things. Sweets and potatoes. Both given an official Trusty Water Blog rating of 10/10. Now imagine that God or Science (depending on your religious orientation) had decided to merge them into one holy dish. Well, I’ve got news for you, buddy, you don’t need to use your imagination, because they already exist. Also, there are sweet potato fries. They’re pretty good too and, as of 2017, they’ve started to become a lot more popular – you can find that they’ve been added to the menu at Oscar award winning restaurant, Nando’s – the first and only restaurant chain to be awarded thus. 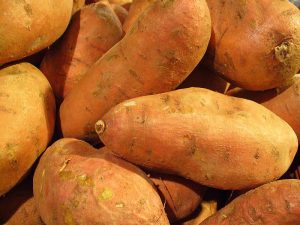 How could the number one spot belong to anything but the portobello mushrooms? Imagine that you go away on holiday with all the people you love. It’s the holiday destination you’ve always wanted to visit and, guess what? It’s also your birthday and it’s Christmas too, even if those two dates are far away. It’s a time travel adventure. And what’s that? International superstar, Richard Thomas, is staying in the next room? He wants you to introduce him to all of your friends and get to know you better.  You both keep in touch afterwards too. You stay with him at Christmas time.

Now imagine that that the emotional joy you would experience in that situation is translated into a taste and, specifically, the taste of a vegetable (because, let’s be honest, if it could be any taste, it would probably be chocolate or something, rather than a vegetable.) You know what you’re tasting now? It’s our attractive friend, the portobello mushroom. Like a normal mushroom, but brownish. Amazing. If mushrooms count as vegetables that is. But I don’t care if they don’t. This blog is the one thing I still have control over in my life and I will not let you take that from me! No! No. Stay back. I have a knife. 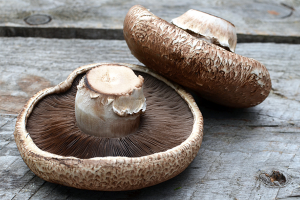 With the vegetable community having given us so much in 2017, we can only look ahead to the rest of 2018 with bated breath. What will they do next? Only time will tell. What were your favourite vegetables of 2017? Let us know in the comments.

This entry was posted in Countdowns, Funny and Silly. Bookmark the permalink.