Life, The Universe and Everything by Douglas Adams 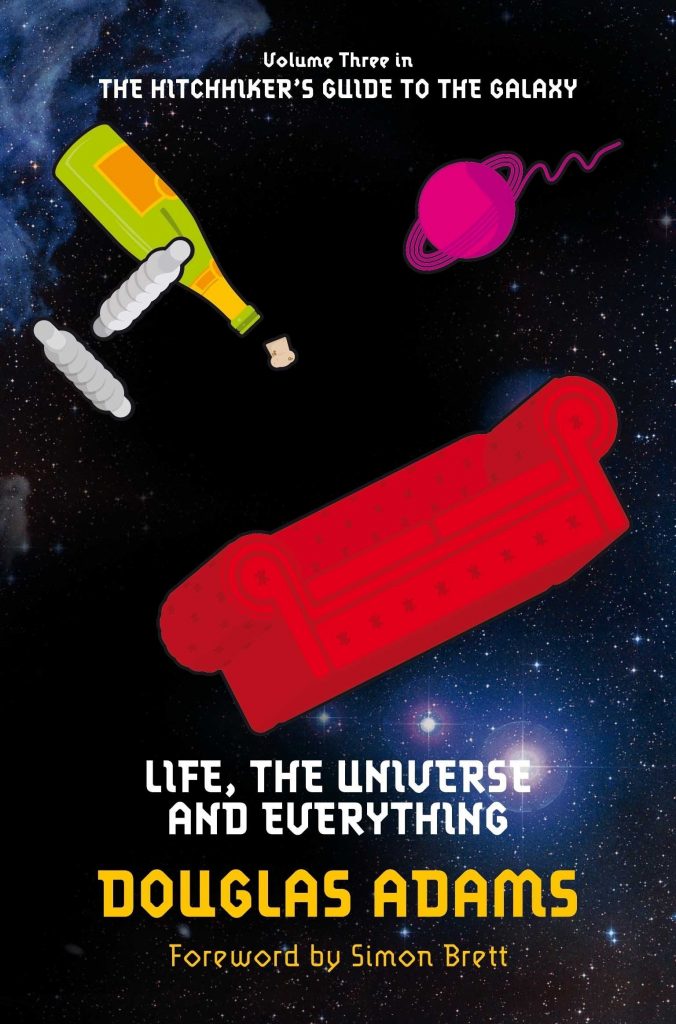 Life, The Universe and Everything is the third book in The Hitchhiker’s Guide to the Galaxy series (here’s a link to my review of the second.) Spoiler alert, it continues directly on from the ending of the previous book and starts with Arthur living by himself on pre-historic Earth.

What I quite like about this one (in comparison to the previous too) was that it had much more of a coherent narrative. Rather than having the characters stumble through time and space and getting into bizarre situations, this time everything is based around the planet Krikkit. The people of Krikkit are xenophobic to the point that they literally want to destroy all life in the universe, with the twist being that they are otherwise quite pleasant people. I did like the first two books, but I feel like this one holds together much better with this story-line at its heart.

Something else I particularly liked about this entry is that there were a fair few scenes set on Earth. Contrasting the absolutely absurd intergalactic side of this fictional universe against the humdrum of everyday life is quite enjoyable, I think. It’s also nice to see Arthur get to revisit his home.

Speaking of Arthur, I feel like he becomes even more likeable in this book. I don’t know what it is, but perhaps he became more resigned while living on prehistoric Earth, which helped to make his character even more endearing. Though he plays a smaller role, I was also especially fond of Zaphod this time too. In terms of new characters, we are introduced to Agrajag who brings in one of my favourite parts of the book. It’s really hard to say much without spoiling it, but it’s very clever and very funny. Things are tied together in a very satisfying way.

I believe this was a step in the right direction for the series, as a third book which followed the more random structure of the first two might have felt a little too much like more of the same.  Instead, we got something new and the third book is definitely more enjoyable than the first two, which are already pretty good. Definitely keep reading if you liked the first two!