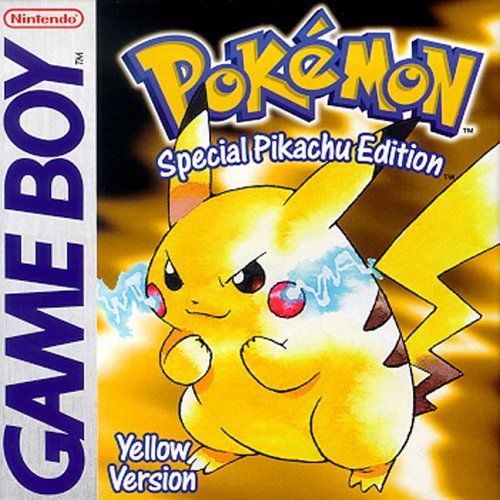 Pokémon Red Version and Pokémon Blue Version were the first games in the Pokémon franchise to come out in the West. They were very popular and so was the Pokémon anime series. Both had played a crucial role in the success of the franchise, but there were noticeable differences between the two mediums. Pokémon Yellow Version sought to reconcile the difference and to bridge the gap between the anime and the games.

Pokémon Yellow Version is an enhanced re-release of Red and Blue which adds a few new features. Pikachu was always so important in the anime, yet it was only ever a random Pokémon in the woods in the games. In Yellow, you get a Pikachu right at the start of the game and it follows you everywhere you go. You can interact with it at any time on the world map to see how it’s feeling and it even has the same voice as Pikachu in the anime, rather than the electronic sounds from Red and Blue. It’s a small thing, but it’s quite a nice little feature.

Another change which is especially significant is the fact that the designs for all the Pokémon have been changed. While there are one or two which are a bit oddly coloured, they have all pretty much been adjusted to match their appearances in the anime (which have since become the standard designs for them in all appearances since.) I can understand why they did it, but I honestly preferred the older, stranger uglier designs. It was a unique charm of the earlier games. Though it is nice that they are now in proper colour and not black and white.

Another feature which is quite nice, is that players are able to obtain Squirtle, Charmander and Bulbasaur  throughout the duration of the game. In Red and Blue, you can choose only one of the three. There are now small little events which have been added which allow you to get all three. Jessie and James (characters from the anime) also make a few appearance in Yellow as well. I enjoyed these cameos quite a lot.

Ultimately, the game hasn’t been changed all that much. To get a proper idea of what it’s like, you should also read my review of Red and Blue (linked above.) Overall, I don’t feel that it is inherently better or worse than originals, so I can only rate it the equally high score of 9.6/10.

One Response to Pokémon Yellow Version